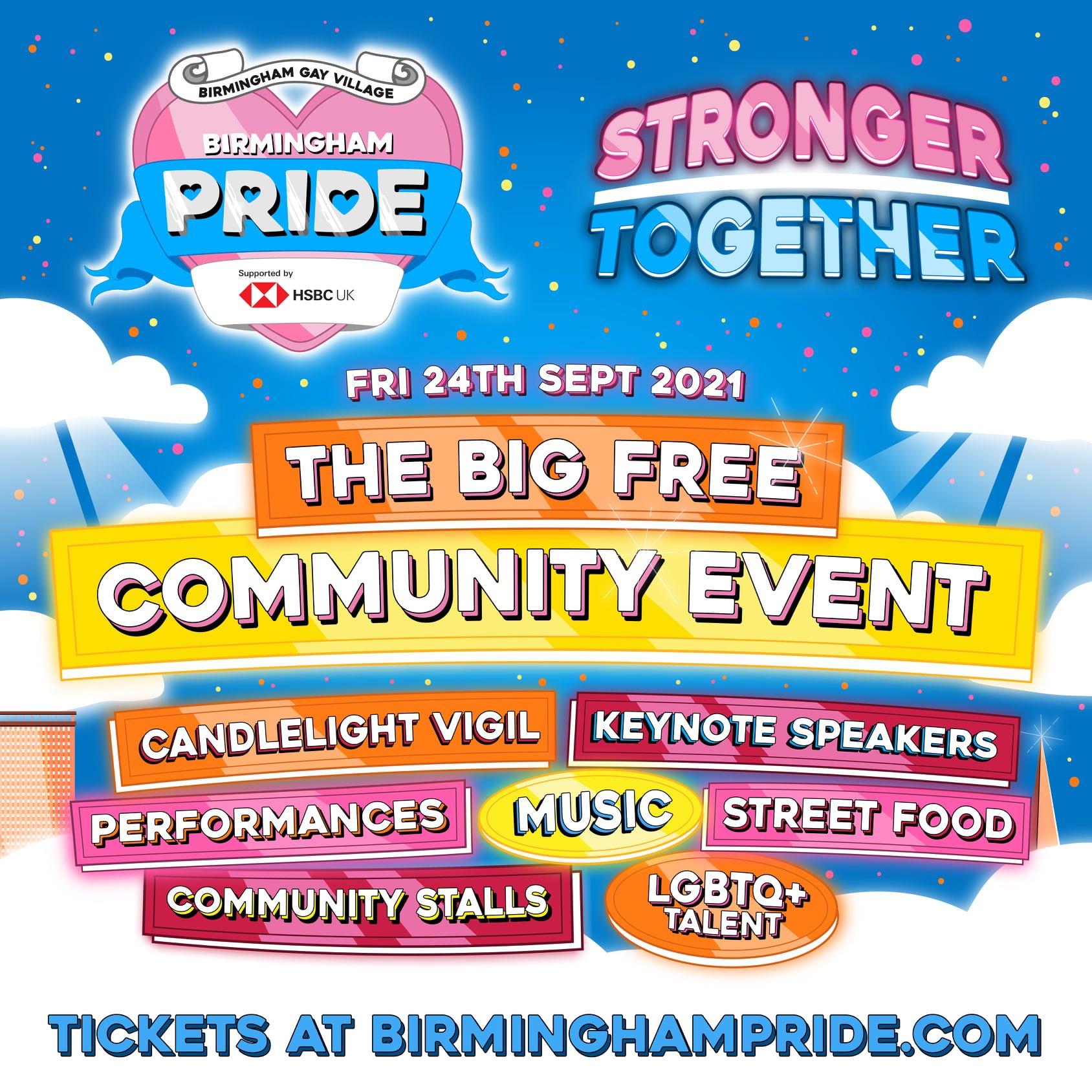 Birmingham Pride supported by HSBC U.K. are delighted to announce the very first ‘BIG FREE COMMUNITY EVENT’ to be held in the heart of the LGBTQ village on FRIDAY 24TH SEPTEMBER! The community event is FREE to all and will include LGBTQ talent, Live music, Keynote speakers, Performance artists, Community Stalls, Street food and Candlelit Vigil. The […] 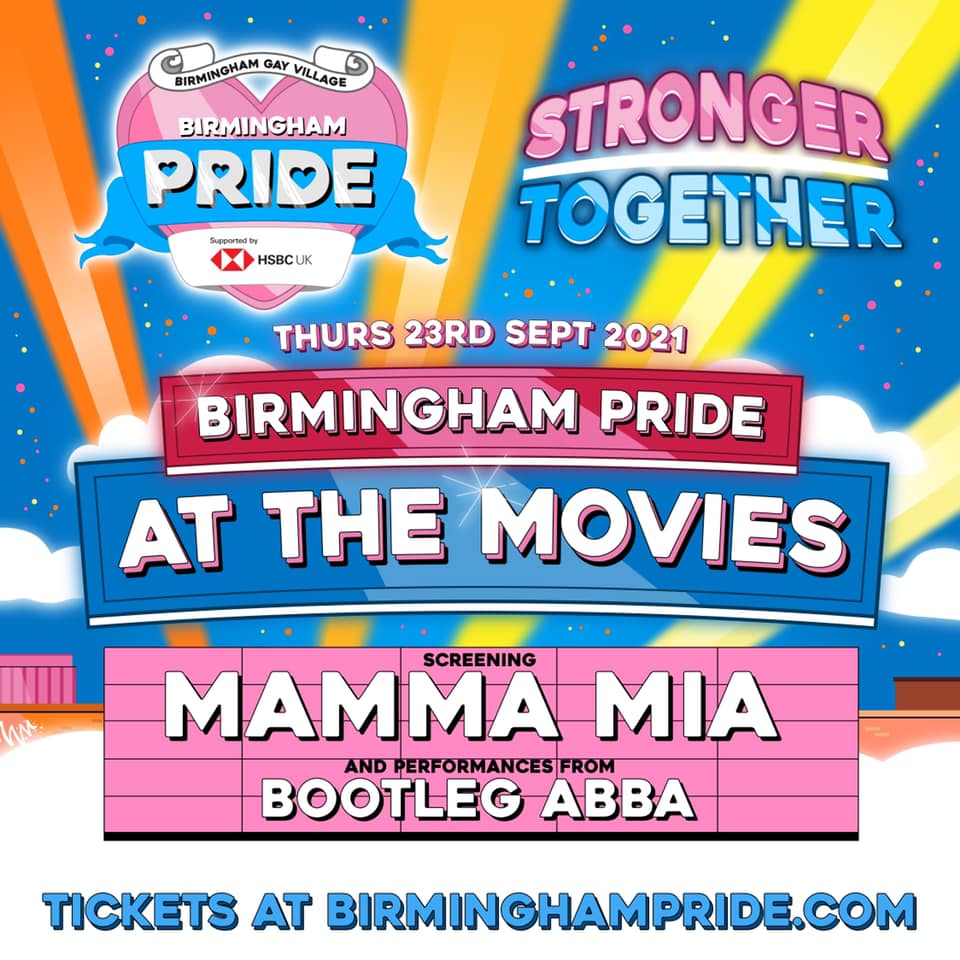 Birmingham Pride supported by HSBC U.K. are delighted to announce our ‘Pride at the movies’ event on Thursday 23rd September at the MAIN STAGE on the Smithfield Live site in the Pride village! We will be screening ‘Mamma Mia’ from 7pm followed by LIVE ABBA tribute band Bootleg ABBA! If you’ve purchased a day or […] 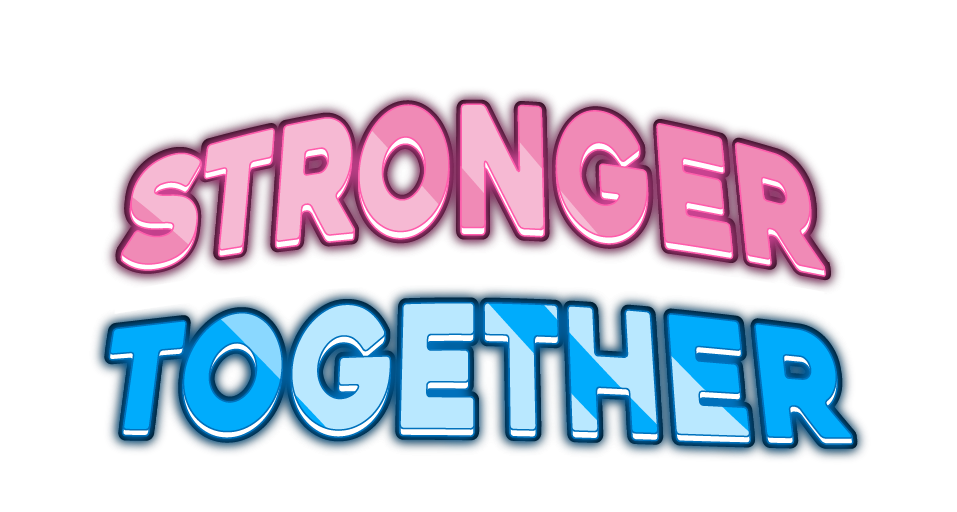 Birmingham Pride, supported by HSBC, have announced that the Parade theme for 2020 will be ‘Stronger Together’.  In New York in June 1969, a black, transgender woman, Marsha P Johnson, and Latino-American trans activist Sylvia Rivera threw the bricks which sparked into life the Stonewall Riots and ignited the gay liberation movement, with gay, lesbian, […]

As a result of the worldwide Coronavirus Pandemic, we regret to announce that Birmingham Pride 2020 will be postponed and will NOT take place as planned on May 23rd and 24th. We are not cancelling Pride, however, we are pleased to confirm the new date of Saturday 5th and Sunday 6th September, where Birmingham Pride […]

Next year’s Festival and Street Party will be free for kids and seniors! Providing free entry for children under 12 years of age when accompanied by an adult, as well as for seniors over 65 years of age. We previously revealed that a lower-cost Street Party-only ticket is to be introduced for the first time, […] 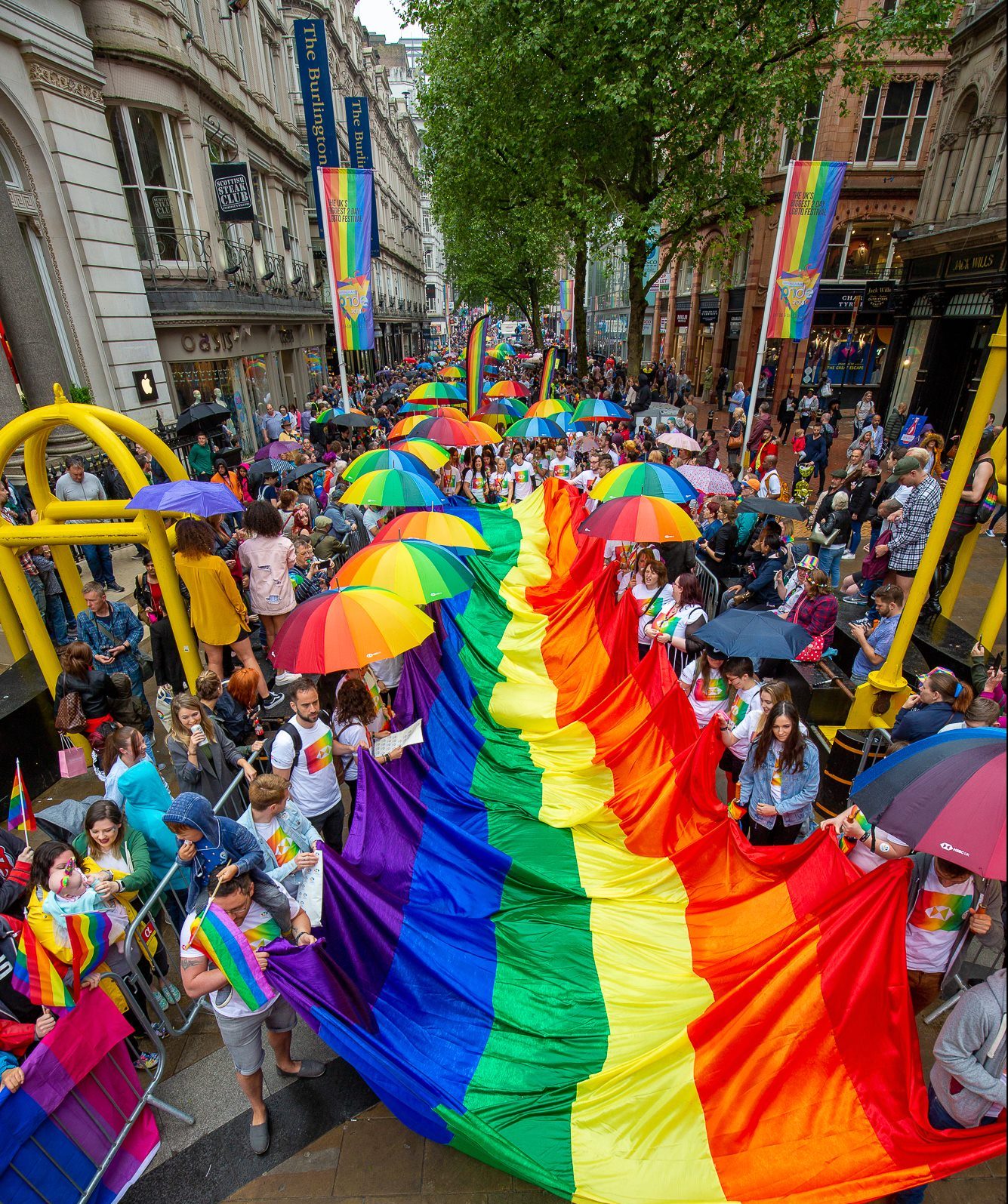 Please consider the Birmingham Pride team is small and an even smaller team are responding to enquiries via our social media platforms. Please be patient with us. We’ve worked hard to give as much information as possible through our public statements, but you may find the following information useful.    Why are you postponing Birmingham […]

By Birmingham Pride
Back to top